Ever since Hurricane Ike, Moody Gardens and Galveston Island has been on a slow but successful recovery. But the wetlands by Offatts Bayou close to Moody Garden’s parking lot sustained much damage on the shoreline. Debris became stuck on the land and it was a long way from being a habitat for some of the Island’s animals.

On May 18, Neil Stegman launched an Eagle Scout project to change the area for better. He and a large group of volunteers worked closely with Danny Carson, Moody Gardens’ Horticultural Manager. Together, they installed an improved, raised pathway with two Osprey nesting platforms.

Moody Gardens hopes to eventually create a three-quarter mile long path with interpretive signs, resting benches, gazebos and more. As these features become complete, the habitat will thrive on its own and become one of Galveston’s birding hot spots. 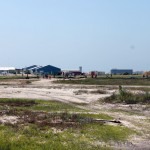 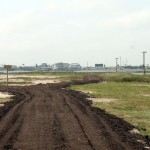