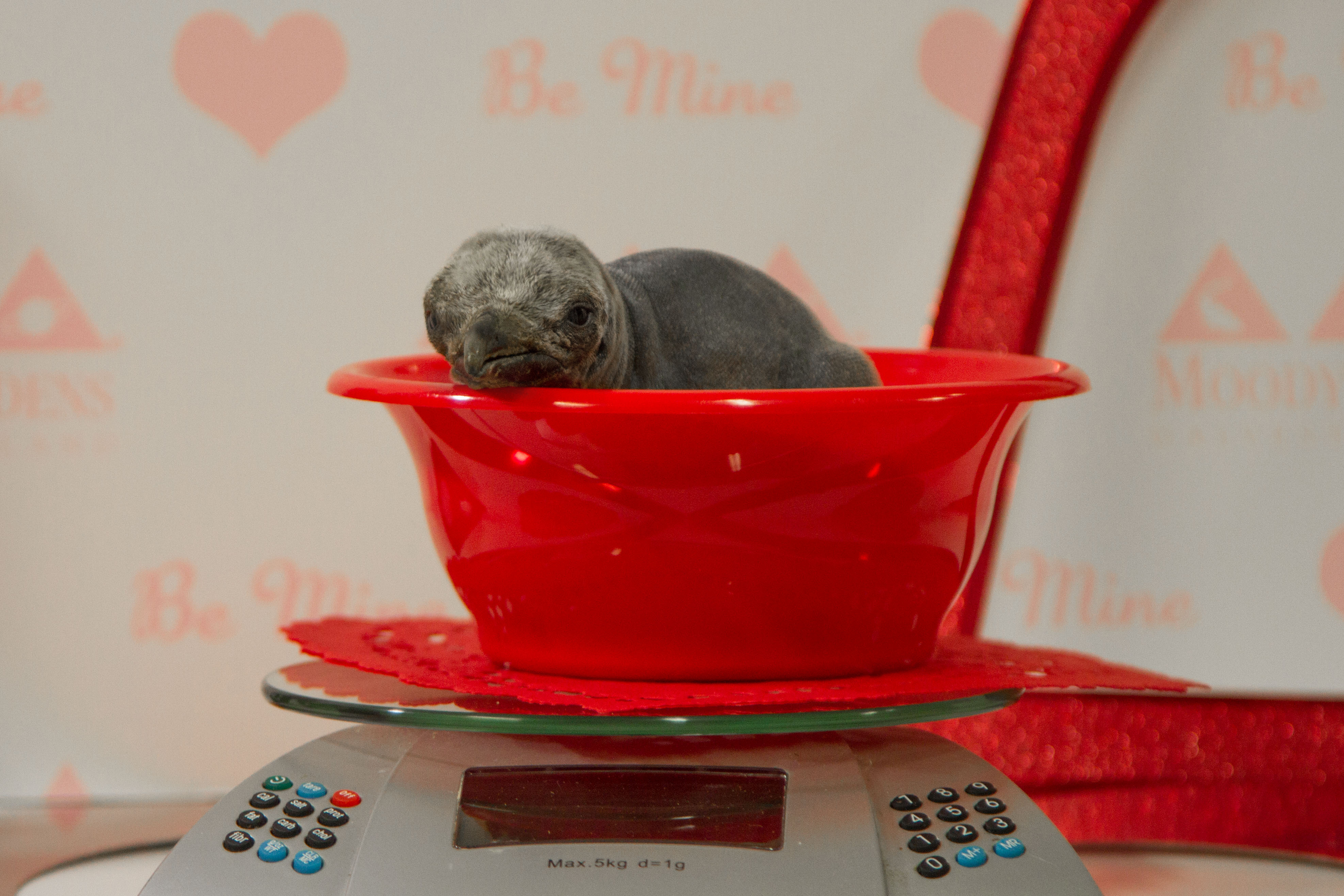 Indeed, there has been so much to love at Moody Gardens during the month of February. A King penguin chick hatched earlier this month and is being well cared for by its single mother.

“This was certainly an exciting way to kick off the month of love,” said Assistant Curator Diane Olsen. “We completed the renovation of our Aquarium Pyramid last year, including tweaking the exhibit to provide the best environment possible for the birds’ breeding success and this just shows that all that dedication has paid off.”

King penguin mating season usually begins with a series of courtship rituals including different calling and “parading.” King penguin males work to impress females by standing tall and showing off their physique. Females choose the male they like and they will call and parade with each other before mating. King penguins incubate their eggs on their feet, so no nest is needed.

Typically once an egg is laid both the male and female will stay with the egg and take turns incubating it; however this was not the case with this particular chick and penguin mom Simone. This three-year-old penguin is a first-time mother who came to Moody Gardens a year ago from Sea World San Antonio and nurtured the egg by herself until it hatched. The mother continues to rear the chick on her own, leaving all to wonder who and where the father is.

“Simone is doing a great job caring for this chick. While we are keeping a watchful eye on it and her, I have full confidence that she will continue care of her chick,” Olsen said. King penguin eggs usually take about 54 days to hatch and the chick will become full grown after about 10 months.

Soon after this chick hatched, Moody Gardens held a naming contest with names selected by the Moody Gardens Penguin Biologists. The name selected for this new addition was “Astro,” in honor of our World Series Champion Houston Astros.

Stay tuned as we continue to monitor and post updates about Astro’s life in the South Atlantic Penguin Exhibit at Moody Gardens.