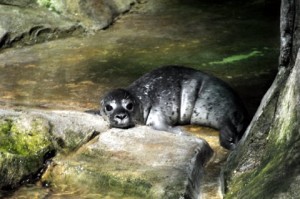 Another holiday special gift has been given to Moody Gardens this season. Riley, pictured above is the newest addition to our North Atlantic seal exhibit. Riley is an estimated 20 pound seal that is making great progress and making its home here at Moody Gardens. 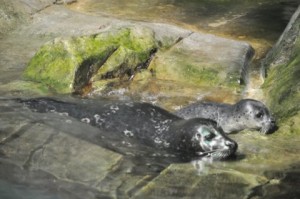 The pup is a harbor seal is born to the parents of Presley and Porter who met in 2006. These two seals have had a journey of their own to get to Moody Gardens. Porter, who was rescued near death off the coast of Maine after being abandoned by his mother, made his home here in 2001. He had been bottle fed and nursed back to heath by workers at Marine Animal Lifeline, but after an infection destroyed his eye biologists decided Porter would not be able to survive in the wild. Five years later, Presley joined the Moody Gardens family after her caretakers at Memphis Zoo determined the young harbor seal needed a companion. Although Presley and Porter have conceived in the past, this is the couple’s first successful birth.

“Our seal exhibit is now a complete picture of our dedication to animal rescue and conservancy,” Whittaker said and added that addressing special needs is a key part of the Moody Gardens mission. “Riley is an adorable new addition to our family and a heartwarming gift for all of us.” 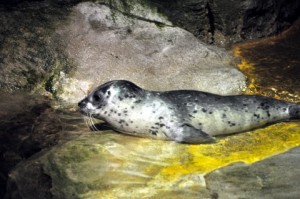 We are very excited about our new pup and hope you can come down to see Riley for yourself! If you want to see the harbor seal then take a look at the live seal web cam on www.moodygardens.org.

And the winner is…