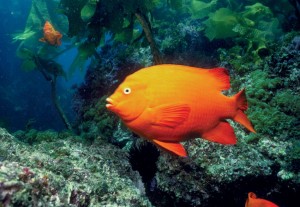 As we mentioned in our earlier blog post, Moody Gardens is dedicated to our mission of supporting plant and animal programs. We are a public, non-profit educational destination utilizing nature in the advancement of rehabilitation, conservation, recreation, and research. We’ve already discussed the Medical Plant Program, the Beneficial Insect Program, and the Coral Propagation Program, but we are also dedicated to our Saving Elkhorn Coral program and our partnership with United States Fish and Wildlife.

Recently, a Moody Gardens biologist and twenty other U.S. and European scientists embarked on one of the greatest coral conservation efforts ever undertaken. They traveled to Mayaguez, Puerto Rico, to use their knowledge to help save Elkhorn coral. Elkhorn coral is listed on the federal government’s Endangered Species Act, and is also essential for the growth of existing and future coral reefs. Without Elkhorn coral, the reef builder, coral reef, and its inhabitants could be lost.  The lost of the coral reef would be immense for a variety of reasons. They serve as storm barriers for the coastline, are a potential source for pharmaceuticals, and support 85% of the tourism in surrounding areas. Moody Gardens is hoping to support the cause through captive coral sexual reproduction and husbandry techniques.

When certain animals or live specimens are confiscated from people who possess them illegally, Moody Gardens assumes care responsibilities. Moody Gardens will care for these animals while their cases are pending and handle long-term care by assisting with relocating them to other facilities. Animals included in this partnership include turtles, Panamanian golden frogs, Cuban Amazon parrots, and the Wyoming toad.

Our Dedication to Saving the Rainforest