We’re celebrating #MonarchMadness here at Moody Gardens® in anticipation of the grand opening of Flight of the Butterflies 3D  on March 9 at the MG 3D Theater. First things first…let’s learn the basics about this amazing little creature with a little crash course on Monarchs, starting with a brief biology lesson!

A Monarch butterfly isn’t just your average pretty face, they are complex migratory insects with powerful body parts that help them navigate and migrate long distances. In other words, they were born to travel! This is quite impressive considering they weigh less than a paper clip (or less than half a gram).

Your typical Monarch is made up of four wings and have six jointed legs. Not all Monarchs are created equal though. There are some very visible differences between the males and females, starting with their wings. Females have a bit of a darker color and their veins are wider. In contrast, the males are smaller and have two distinct black spots near the bottom of each wing. Males might have been shortchanged when it comes to their body size but they make up for it with an added level of charm–special glands that release pheromones to attract the females.

One of the Monarch’s most impressive feature is their vision. What might look like one eye is actually called a compound eye and it’s made up of thousands of tiny circles called ommatidia. Its purpose is to gather light and process visual information. Butterflies can perceive ultraviolet and polarized light or  light waves that move in only one direction and the Monarchs have the ability to sense that direction. Imagine how useful that would be if your main purpose was to migrate!

Another impressive feature is their senses. Chemoreceptors are spread out all over them and gives them the ability to taste and smell using their entire bodies, including their antennae and wings. They like to use this ability to smell nectar and pheromones (in the case of the female).  The females are equipped with extra Chemoreceptors on their legs which aides them in the search of milkweed plants, the home of their newborn eggs. Another way they sense is through hairs that cover the majority of their bodies. These hairs let them “touch” and give them important information about movement such as wind, gravity and the position of their other body parts. Being hairy is a good thing in the butterfly world since this is extremely important information to have when in flight.

Next time you see a Monarch, see if you can spot some of these features. And remember, these delicate looking insects are more powerful than they appear. We’re not saying they’re super heroes or anything but we’re also not saying they’re not…

Tune in tomorrow to learn about the Monarch Butterfly Life!

It’s March and that usually marks the beginning of a little thing called March Madness, but at Moody Gardens we’re focusing on a different kind of black and orange…the Monarch Butterfly! Join us as we learn more about this amazing creature featured in our new film Flight of the Butterflies 3D, opening March 9th at the MG 3D Theater. 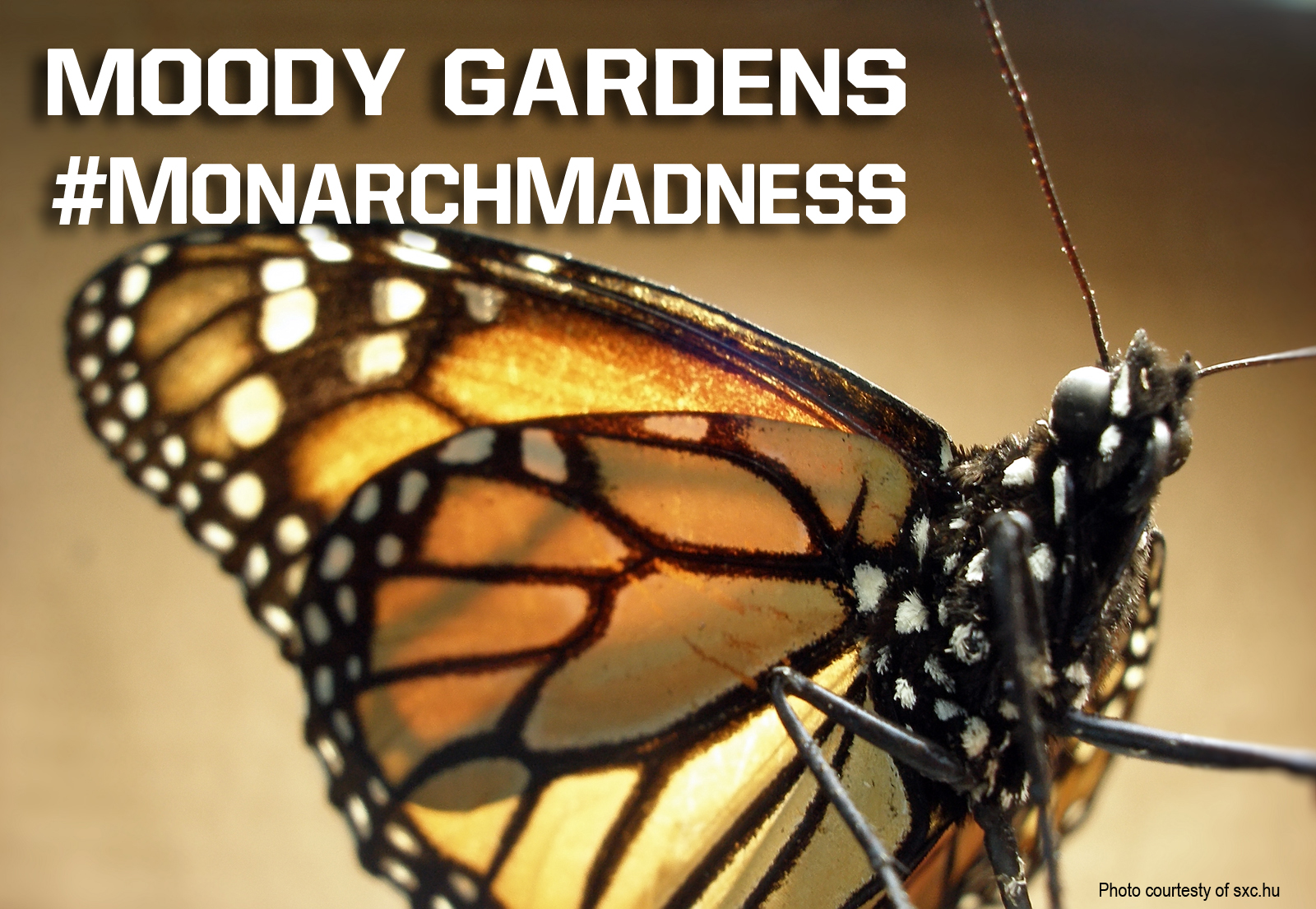