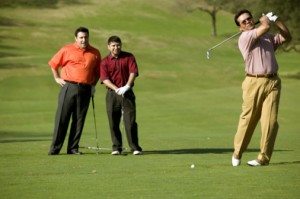 Perks of being a member of the Pyramid Program include:

Pricing for the Pyramid Program:

Family Members: $15 per month per person (To qualify for a family member pass members must be part of the immediate family, residing at the same address as the participant, and children must be under the age of 23)

Be sure to check out Moody Gardens other great attractions such as the Aquarium Pyramid and the Rainforest Pyramid. Take your next family weekend getaway to Moody Gardens! 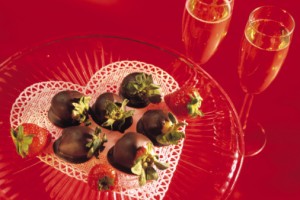 The Moody Gardens Hotel is one of the best places to stay in Galveston for a variety of reasons—one of which is our value-priced hotel packages. We understand our guests want to experience a great vacation without busting the bank! Check out our great hotel packages that make your dream vacation affordable.

This romantic package includes a stay in one of our popular Jacuzzi suites for two. The package also comes with a bottle of champagne, chocolate covered strawberries, a rose delivered upon arrival, a delicious breakfast for two either in your room or at the Terrace Restaurant, complimentary valet parking, and complimentary yoga on Saturdays and Sundays.

For newlyweds. we offer a luxurious room for two! The package includes a bottle of champagne, chocolate covered strawberries, a rose upon arrival, breakfast in your room or at the Terrace Restaurant, and complimentary yoga and valet parking.

For the golf lover! This package includes a luxurious room with your choice of one king bed or two queen beds. When you aren’t enjoying your luxurious room, you will be spending time on the green! The package also includes a round of golf at the Moody Gardens Golf Course (per person), a golf cart, and a bucket of range balls. Be sure to book your tee time before arrival. They can be booked 45 days in advance.

How Can You Use Moody Gardens Hotel?

The Moody Gardens Hotel is more than just a place to rest your head at night! You can use the Moody Gardens hotel for your next corporate meeting, banquet, vacation, party, or even a wedding!

Vacation: The Moody Gardens Hotel offers a variety of quality rooms and suites to stay in while on vacation in Galveston. We offer the finest accommodations on the island with each room designed to mirror the botanical beauty outside the window. Many of our 500-square-foot rooms offer extraordinary views of Galveston Bay. On the third floor, you can stay in one of Jacuzzi suites, which provide guests with an extended living area, marble bathroom, and a separate Jacuzzi area with a balcony overlooking the Galveston Bay and Pyramids.

Meeting Space: The Moody Gardens Hotel has over 100,000 square feet of available meeting space that can host anything from large banquets to smaller meetings. We have the space to provide you with an intimate dinner or a convention of up to 2,000 people.

Parties: If you’re looking to throw an incredible party or host a local event, we have the space and the catering capacity to take care of your party planning needs. With the help of our Catering Department, you can choose your menu and we can help take care of decorations, and even bring in entertainment.

Weddings: Let the talented team of Moody Gardens’ professionals take care of every small detail of your wedding, from catering to floral design, and even entertainment options! For outdoor weddings, you can have the beautiful backdrop of The Rooftop Terrace, Palm Beach, or the Botanical Gardens. We also have thousands of square feet of indoor space to create your perfect day. 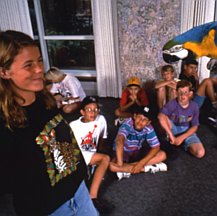 While Moody Gardens is fun and entertaining, it is first and foremost a nonprofit educational destination utilizing nature in the advancement of rehabilitation, conservation, recreation, and research. Which is why it is the perfect destination for a field trip! There is so much to learn and explore at Moody Gardens. Guided and unguided programs are available. There are three different fantastic field trip options to choose from.

Students will get to experience hands-on fun with some of Moody Gardens’ exotic animals at The Learning Place. A guided tour through our “tropical classroom,” the Rainforest Pyramid, gives students the opportunity to observe interesting plants, exotic fish, and colorful birds from the rainforests of Africa, Asia, and the Americas. The trip includes a visit to the MG 3D Theater for a multi-sensory viewing of an educational film.

An instructional presentation starts off this underwater adventure and is followed by a guided tour of the Aquarium Pyramid. In the underwater “classroom,” students observe exotic fish, unusual invertebrates, frolicking seals, and playful penguins. The Aquarium Pyramid features the underwater environment of the Caribbean, South Atlantic, North Pacific, and South Pacific. The trip includes a visit to the MG 3D Theater.

You can custom-design your own field trip by choosing your favorite attractions and creating a unique learning experience! Select a self-guided tour of the Aquarium Pyramid, Discovery Pyramid, a film at the MG 3D Theater, a simulated moving adventure at the Ridefilm Theaters, a ride on the Colonel Paddlewheel Boat (weather-permitting), or a multi-sensory experience in the 4D Special FX Theater.

For more information on field trips, visit us online at www.moodygardens.com. Be sure to let your local schools know!

The History of Moody Gardens 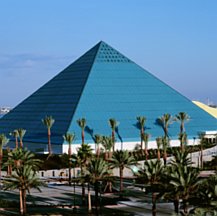 Moody Gardens began as an extraordinary vision to create an island tourist destination. It has grown to become one of the premier education and leisure facilities in the Southwest, with approximately two million visitors annually.

1986: Moody Gardens began as a horse barn with a riding arena that provided a hippotherapy riding program for people with head injuries. The Hope Arena convention center was established, which later expanded and became the Moody Gardens Convention Center.

1988: White Florida sand was brought across the Gulf of Mexico to create Palm Beach. Seaside Safari opened and is now The Learning Place, home of our educational programs.

1990: The production area opened, which included two greenhouses used to propagate most of the plants seen on the ground for our Medicinal Plant Program.

1993: The famous Rainforest Pyramid opened its doors, featuring over 1,700 exotic plant and animal species from all over the world. The Garden Restaurant also started serving delicious food to our customers this year, and America’s first IMAX 3D Theater started showing films in the MG 3D Theater Complex.

1999: The family friendly accommodations and tranquil services of the Moody Gardens Hotel and Spa opened. The hotel is an architectural masterpiece featuring 428 rooms and over 22,000 square feet of flexible meeting space, dining, and a full service salon and spa. The 1.5 million-gallon Aquarium Pyramid opened as one of the largest aquariums in the world.

2008: After a $16 million renovation to the Galveston Municipal Golf Course, the Moody Gardens Golf Course opened, becoming the premier golf course of Galveston.

If you’re looking for a fun place to visit on your family weekend getaways in Texas, don’t skip the Moody Gardens. Our family friendly Moody Gardens Hotel gives you a luxurious place to rest your head at night, while the Moody Gardens Golf Course and attractions will keep the entire family entertained all day.

Tee Off on the Tropical Golf Course 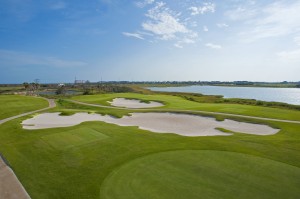 Golf with us at Galveston’s premier golf course! The Moody Gardens Golf Course features a $16 million renovation by the renowned golf course architects of Jacobsen Hardy Golf Course Design. New turf grass, elevations, drainage, irrigation, green complexes, and cart paths were all included in the renovation. The clubhouse also had a full makeover!

The playing surfaces are kept in top condition with a new irrigation system and water treatment system. The high quality water makes for a high quality course. Along the 18 holes, golfers will experience lowland native areas, natural wetlands, and over 500 palm trees, creating the famous tropical feel.

This first-class public golf course is open seven days a week for local residents and visitors to the island. Not only are the course and clubhouse renovated but other new amenities include a larger driving range, a new golf cart fleet, and a remodeled pro shop. After a nice round of golf, guests can enjoy a meal on The Pelican Grille’s clubhouse patio.

The Moody Gardens Golf Course is a great way to spend your vacation by the water without having to worry about the hassles of getting to the beach. You won’t encounter crowded beaches, kids running around, or have to worry about the temperature of the water. Swing your club, feel the cool sea breeze, and enjoy the scenery of the Gulf Coast. Tee time at the Tropical Golf Course is the perfect addition to any vacation. 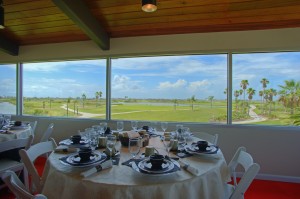 We cater and provide a full bar service for your parties. Our experienced and professional event staff will take care of all your needs from set-up to clean up. Our banquet room can seat up to 80 people and there is on site free parking. Talk about stress-free party planning!

All prices are inclusive, and there is a 20-person minimum. For more information contact Anja Borski at 409.683.1200 or aborski@moodygardensgolf.com.

Moody Gardens Hotel and Attraction is the perfect holiday destination for events in Galveston with our holiday lights festival. Start planning your holiday party with us today, and hurry, because rooms will get booked quickly.